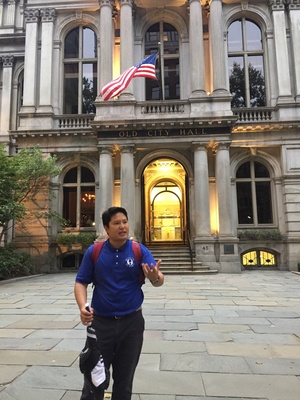 Jonathan moved to Boston in 2016 and had spent his early months looking for a way to better connect with the city. A random online query led him to Boston by Foot and into a world that resembled little of what he grew up with and was exposed to in the Philippines. What Jonathan had not realized then was that this impulsive decision to become a docent would eventually lead him down the path of cultural self-reflection. Specifically, how the idea of “Colonial mentality” has become such a crutch to every Filipino’s pursuit of realizing their full potential.

In this segment of Personal Journey, Jonathan reflects on his unconventional path to becoming a docent, shares how the tours have allowed him to reframe his perspective on Colonial Mentality, and touches on its parallelisms to prevailing social issues in the United States today.