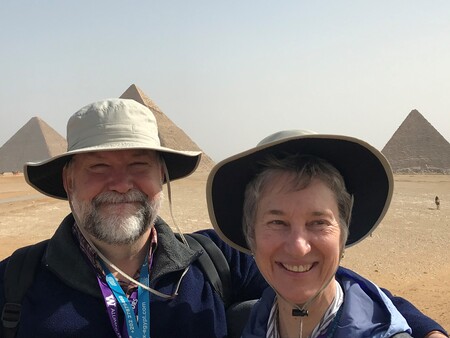 An unexpected opportunity to travel to Egypt proved to be the experience of a lifetime - and introduced Tod to Hassan Latif, a truly wonderful tour guide. Months later, Tod got a phone call: Hassan was coming to Boston, and wanted to spend a day touring Boston - with Tod as tour guide! Now the shoe was on the other foot! How do you present Boston's landmarks to someone who spends his days introducing tourists to the Giza Pyramids and the Temple of Karnak? Can Samuel Adams and John Hancock stand toe-to-toe with Ramesses II and Thutmose III? Join Tod to view "The Hub of the Solar System" as seen from the Cradle of Civilization!