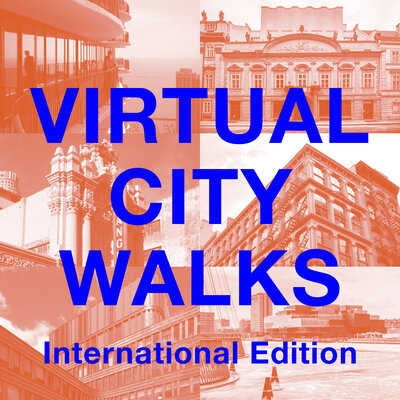 Boston By Foot has offered dozens of one-time virtual experiences since March of 2020. In addition, BBF has either created or participated in a number of virtual series.

In our Personal Journeys series, four BBF guides turned their storytelling inwards, focusing on the histories of not only Boston but themselves and their families. The series gave members of the BBF community the opportunity to learn from a few of our outstanding guides what their time with the organization has given them. In our Saturday Salons, a single guide leads a series of short, monthly sessions on a topic such as the international influence on Boston architecture. This format is giving attendees the chance to dive right into a conversation with their fellow enthusiasts. In Virtual City Walks: International Edition, Boston By Foot joined forces with five of the world’s leading architecture organizations in Chicago, Prague, New York, Los Angeles and Copenhagen. The six-part virtual series was sponsored by the Association of Architecture Organizations (AAO). Tours were held weekly in January and February, and were presented by architectural experts and local guides who know their cities best.