Road to the Vote 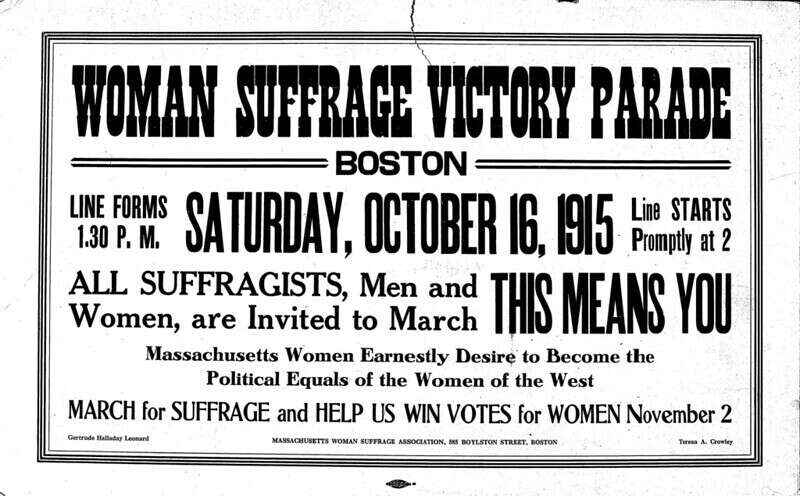 The Road to the Vote for national woman suffrage was a long and arduous one. Along the way, countless suffragists, in the City of Boston, throughout the Commonwealth, and across the nation, organized meetings, delivered speeches, published journals, distributed literature, held fundraising bazaars, rode the rails, marched, picketed, boycotted, set watchfires and went on hunger strikes to call attention to their cause, all the while hoping to open minds and move hearts. Generations were involved in the struggle and by the early 20th century women in Boston were being arrested and jailed for their convictions. It was 72 years from Seneca Falls to the time when American women voted in municipal, state and federal elections exercising the right provided to them in the 19th amendment. This tour celebrates the centennial of the ratification of that amendment and highlights the places, people and protests that helped win the vote for women.

This tour was developed by the Boston Women’s Heritage Trail, a group that works to restore women to their rightful place in the history of Boston by uncovering, chronicling, and disseminating information about the women who have made lasting contributions to the City of Boston.

Meet your guide in front of Faneuil Hall at the Samuel Adams statue, Boston.