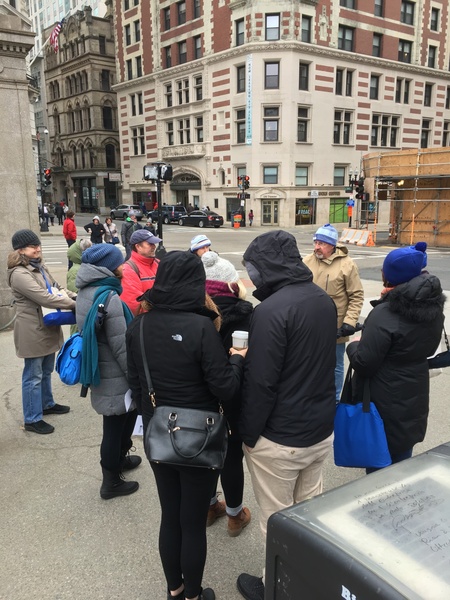 This year's April Fools tour faced some formidable weather challenges on April 15th. But nevertheless, 10 hearty storytellers were stationed throughout Chinatown to provide 46 tour-goers their true lies or false facts.

Seven BBF guides led groups along the route, while attendees determined if the stories they heard were true or false. One stop featured the "Soaring Social Worker," our own Susie Tweed dressed as Ameila Earhart.

The somewhat frozen groups arrived at Explorateur to be greeted by BBF Director Sam Nelson. Then the Questionable Tour's evil mastermind, Dina Vargo, revealed the answers to one and all. The winner scored a very competent 56 points. 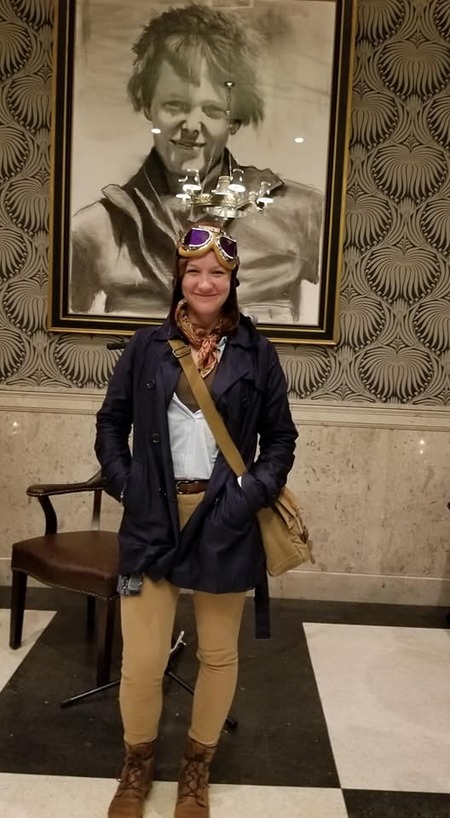 Most people believed Pam Pacelli’s false story about breaking down gender barriers and forming a new co-Masonry Lodge in Boston, the first of its kind of course. The same number of people did not buy Martha Felch’s true story of the complete destruction of the Pickwick Club in 1925. And what might be a sad commentary on humankind today as well as yesterday, most people believed Nina Kryza’s true story about the horrible tar and feathering of John Malcolm, who presented a steak of his own charred skin to King George. Yuck!