Boston By Foot has added three neighborhood tours to its Fall 2021 schedule and will present them in partnership with the Boston Preservation Alliance.

The three tours are:

Please see below for specific dates and descriptions.

Those interested in attending must register in advance using the links below.

The Boston Preservation Alliance is a nonprofit organization that protects and improves the quality of Boston's distinct architectural heritage through advocacy and education. Our organizations have complementary missions relating to historic places - education (BBF), and advocacy and stewardship (BPA). 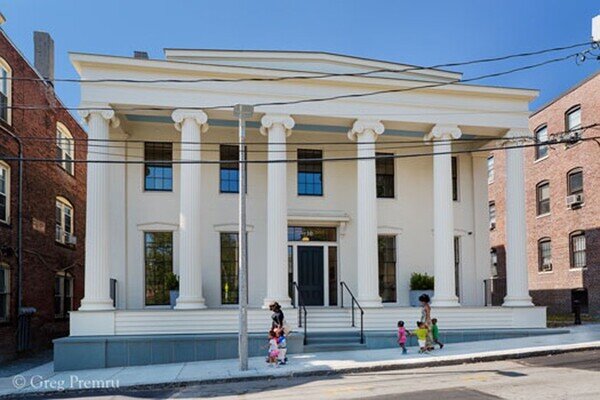 The Roxbury Highlands tour explores a remarkable neighborhood. Our tour travels through the center of Colonial Roxbury: Eliot Square, where the First Church proudly stands as the oldest wooden church in Boston. The Highlands flourished in the mid-19th century as a garden suburb with many pear and apple orchards. There was even an apple named after the area – the Roxbury Russet. We will see wonderful Greek Revival and Victorian houses along our route and discuss some of the amazing individuals who called this area home, including Edward Everett Hale – author of The Man Without a Country, and Louis Prang – who printed the first Christmas cards in America. Finally, we finish on top of the hill at the Roxbury Standpipe, in a lovely park which occupies the location of the Roxbury High Fort. Come explore with us! 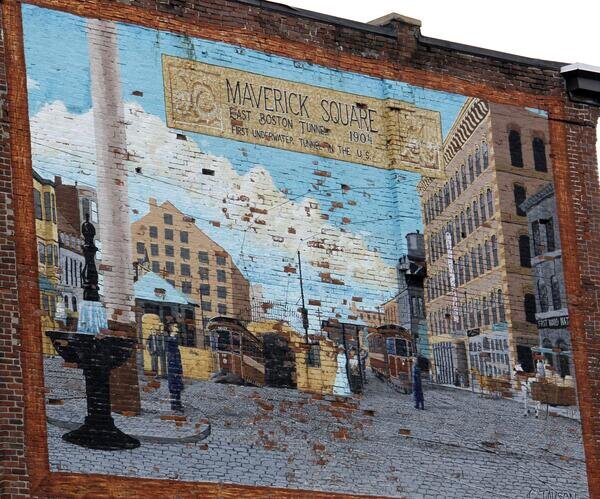 EAST BOSTON: Maverick Square and Beyond

This tour will examine the built environment, from the street grid laid out in 1833 to the new developments sprouting up along the waterfront, to get a sense of the people and forces that have shaped East Boston over the years. We’ll discuss the crucial role of the waterfront, from its famed shipbuilding industry and extensive port facilities, to its contribution to East Boston’s proud immigrant heritage. As we leave the waterfront, we’ll take a look at commercial establishments catering to old and new immigrants alike, as well as current and former municipal facilities like the Theodore Lyman School, nominated for the National Register of Historic Places, and the Maverick Marketplace, recipient of a Boston Preservation Alliance Award for its renovation from a long vacant Public Welfare building to a successful small business incubator.

We’ll discuss housing like the award-winning Maverick Landing mixed income development, and churches like Most Holy Redeemer, built by renowned church architect Patrick Keely as East Boston’s first Roman Catholic church. We’ll encounter the many different modes of transportation that have shaped the development of East Boston, from the ferries that first brought people to the island, to the subway and vehicular tunnels that opened the area up in the 20th century, as we make our way to the tour’s end at the marvelous new Bremen Street Park across from the Airport T station.

Boston’s Chinatown is one of the city’s smallest yet most vibrant neighborhoods. Join us to learn about the neighborhood’s immigrant tradition, its evolution, and its current incarnation as one of the few surviving Chinatowns on the East Coast. This tour takes you beyond the restaurants and markets to explore the backstreets and alleyways of Chinatown. Along the way we will stop at sites that span our city’s history from Colonial times to the present, as well as some architecturally interesting buildings that might have previously escaped your notice. Chinatown’s location — at a geographic crossroads within Boston — has shaped its legacy and contributed to its character. Join us as we explore this rich, diverse, and exciting neighborhood.