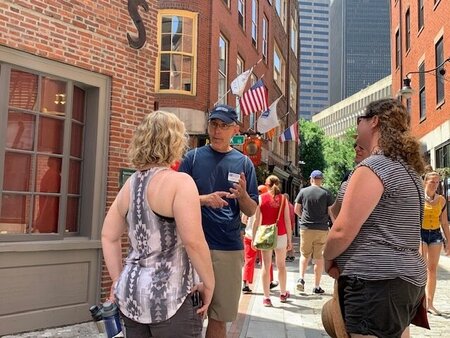 Charlie Eisenmann and his wife Betsy currently live in Central Massachusetts. They would love to downsize and move into the City over the next couple years. Whether that’s a dream or reality, time will tell!

Where are you from/where do you live?

Grew up in Hingham, Mass. After living out of state for 13 years (Washington, DC, Baltimore, Atlanta), I moved to Shrewsbury which is where my family and I reside today.

Beacon Hill and Road to Revolution.

I have been working for Liberty Mutual Insurance for 33 years. My current position is Director of Business Lines distribution in CT, MA and RI. Contrary to popular sentiment, insurance is a great business.

It was a chance to practice my public speaking skills as well as an opportunity to occasionally escape suburbia and enjoy the energy of the city.

While stopped in front of the Kevin White statue explaining to my tourees that he was a four-term Mayor of Boston, I turned to continue walking and bumped into Marty Walsh, who stopped for a second to say hello to the group. Former Mayor and current Mayor. Timing is everything.Did you have any background in history/architecture before joining BBF?

I knew nothing, except that City Hall was a weird looking building. 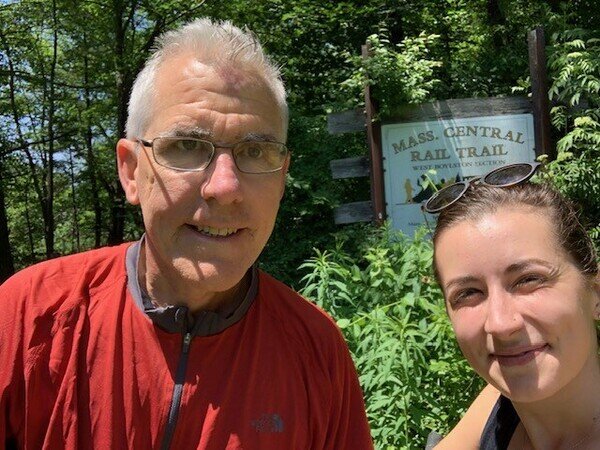 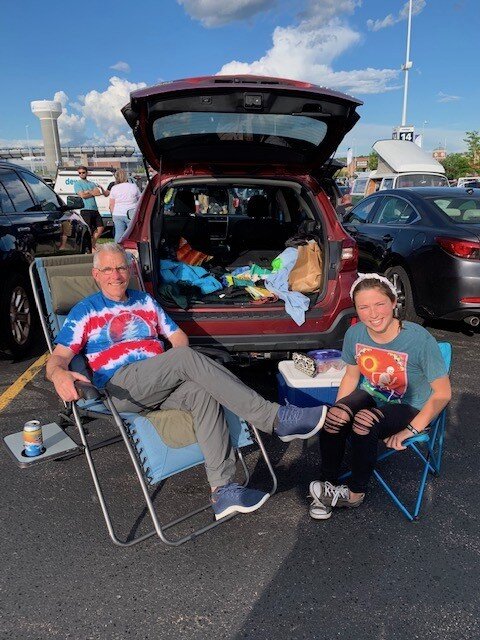 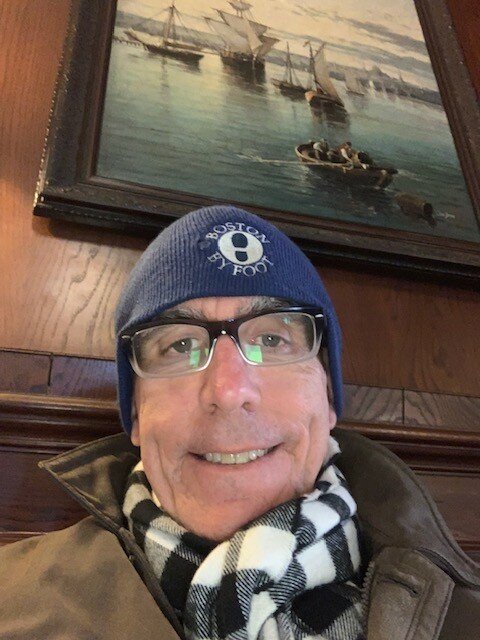 Road to Revolution because it can be told in story-like fashion and most people are extra engaged because they have a baseline understanding. Sometimes too much of an understanding, in the case of a 12-year old studying Revolutionary history at school and was not shy about letting me know if he believed something I said was not “technically” correct.

200 Clarendon because of its humility. Rather than ask something for itself, it stands there tall and stoically reflecting the beauty of its neighbors.

As a young adult living in Boston I roamed around oblivious to the rich history and architecture. Now, thanks to Boston By Foot, I see the City through an enriching and exciting lens.

Both of Charlie’s daughters graduated from college this spring (they are not twins), so he was busy with other things. As a result, he is catching up on tours and will be seen often over the next couple months giving Beacon Hill and Road to Revolution tours.