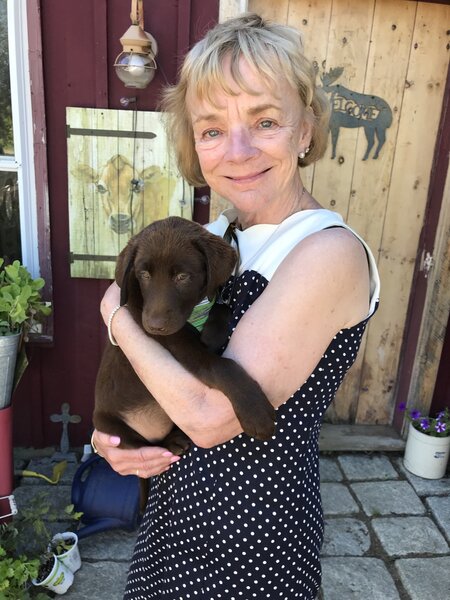 Jean is a lifelong resident of Boston. She grew up in the Mission Hill neighborhood and moved to Dorchester upon marriage. She currently lives in the Pope’s Hill neighborhood where members of the Hunt Family have lived for over 130 years!

Jean worked as a nurse practitioner at Massachusetts General Hospital. She joined Boston By Foot in 2010 and has learned so much from the program and from colleagues. She serves as a member of the Continuing Education committee. Earlier this year, she helped arrange an Andrew Saxe lecture on the Hidden Gems of Dorchester that was held at UMass Boston's newest on-campus theater. The lecture was presented collaboratively with the Osher Lifelong Learning Program at UMass Boston.

In the past, Jean has participated as a guide on the Labor Day Bigfoot Tour. In 2010, she organized an informal ad hoc committee named "Boston by Book," which meets monthly from September through June. The committee reads books on Boston history, seeking to improve guides’ knowledge, and as a result, enhance their individual tours. Jean also co-authored, with Nancy White, the special tour of Columbia Point.

Jean gives both Heart of the Freedom Trail and Boston By Little Feet tours.

Where are you from/ where do you live?

I am a lifelong resident of Boston. I grew up in Mission Hill and now live in the Neponset section of Dorchester.

Heart of the Freedom Trail and Boston By Little Feet

It began when I saw a notice at the West End Library. It was a way to both volunteer and share my love of Boston. The docent training was/is superior. The final exam question showed a picture of the church I was married in. I knew the name and address but not the architect!

What are your favorite tour memories to date?

One involves a Little Feet tour I did with students from the Henderson School in Dorchester. City Councilor Ayanna Pressley stopped to speak with our group. She engaged the students by reminding them that they were her constituents. She asked them what concerns they had. They responded with “litter on the streets.” She responded that she would bring their concerns to City Hall and asked them to help by encouraging students not to litter and to pick up litter, dispose of it properly and wash their hands.

Another came during the archeology dig at the Old City Hall. A group of students from the Perry School in South Boston were shown artifacts by Joe Bagley, the city archeologist. We proceeded to an open pit near the Ben Franklin statue and viewed the exposed wall of Boston Latin School. Professor Bob Allison, director of history at Suffolk University and President of the South Boston Historical Society was there. I introduced him to the students and faculty. He asked them who Commander Perry was! Although they were too young to respond he connected with them and the teachers much to the delight of all.

History was and continues to be of interest to me and my family. Frequent conversations occur around our table. Now I am up for the challenge. I am grateful for what I have learned and continue to learn.

Little Feet, as the students are so excited. But I was also involved with a special tour of Columbia Point in Dorchester. The rich history and development of the area continues to thrill me. It went from 14 acres in 1630 to approximately 400 acres today. It is home to a world-class University, a presidential library and the first community health center in the country.

I have two: The Boston Public Library in Copley Square (It is beautiful inside and out and so rich in history); and the Pumping Station on Columbia Point c. 1883 (It was a state-of-the-art processor of waste when it was first built, and it is architecturally beautiful). 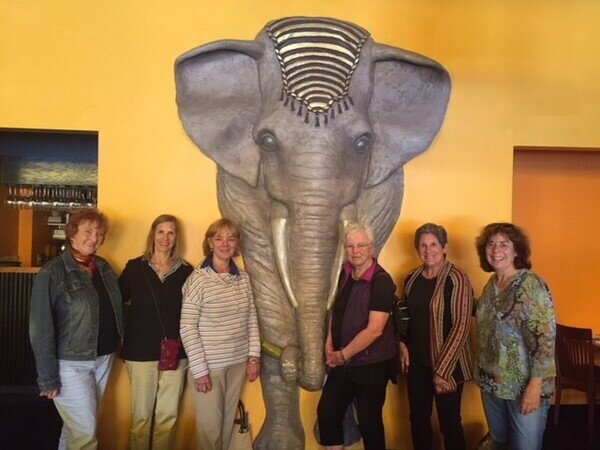 Tourees often remark how friendly people are. Residents often stop us to say hello. Children are surprised that the columns inside King's Chapel are made from the trunks of trees.

What are your favorite cities to visit besides Boston?

Preparing for Bigfoot in the Back Bay, members read the Bainbridge Bunting book Houses of Boston's Back Bay on the filling in of the land. A group of BBF ladies, while practicing the route, developed a lasting friendship. We were called 'the Bunting Babes"...it was our only way!

BBF members are positive people who enjoy lifelong learning and sharing. The power of positivity is infectious. What could be better?